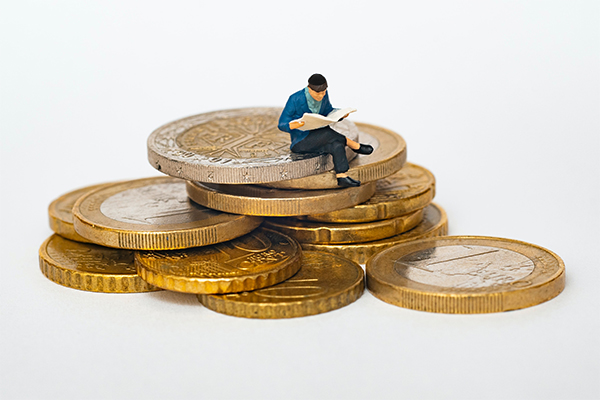 An extract from Easy Giving (Part 3)

In keeping with Achisomoch’s focus on making it easy for the Jewish public to give Tzedokoh, we thought it would be useful to present in our regular newsletters, a series of excerpts from a halachic sefer on Tzedokoh & Ma’aser Kesofim entitled “Easy Giving”, co-authored by one of our own trustees, Eli Katz, together with Emanuel Meyer. The sefer has approbations from Rav YM Greenberg, Rav SF Zimmerman and Rav Y Flieschman (Head of the Choshen Mishpot Kollel, Yerushalyim), and is available from seforim shops in NW London.

Last newsletter, we identified the source of the obligation for every member of every community to support the essential communal infrastructure and also the strength of this obligation. We further clarified what types of communal organisations are considered essential and that this obligation has precedence over both the mitzvah of tzedokoh and minhag of ma’aser kesofim. You can read Easy Giving Part 2 extract here.

Chapter 2 – Calculating the Communal Obligation of the Individual

1. There are three different methods for calculating the sum that each individual has to contribute for the communal obligations. They are:

a  לפי נפשות  – per capita, where each member, i.e. household, pays an equal sum. For example, in a community consisting of five members with costs of £60 per annum, the levy for each member would be £12.

2. The Remoh states clearly, that most communal obligations are levied pro rata.

4. There are a number of exceptions to this general rule; the rent for the shul premises, a chazan’s salary, and the costs for a city’s defences in times of war, these would all be calculated using the composite method as in 1.c above. Some say that this method should also be used to calculate the individual’s payment for mikvahs and other communal mitzvos such as writing a Sefer Torah for example.

5. If the per capita amount is too high for those members in the community with a lower income bracket, then the fifty percent per capita component would be reduced, and the rest applied on a pro rata basis.

6. The Tzitz Eliezer concludes that for the standard infrastructure typical of a community today, schools, mikvahs and the like, unless a specific custom has been previously established, the calculation is based solely on a pro rata basis.

B. Assessing a person’s wealth.

1. There is substantial discussion exactly how one’s wealth is to be calculated and which assets and debts should be included. The Chassam Sofer summarises that in his day both Sefardim and Ashkenazim would be evaluated by a committee, however, the Sefardi custom was that there was no possibility of appealing an evaluation, whereas the Ashkenazi custom followed the standard laws governing the laws of partnership. If a member of the Ashkenazi community felt that the evaluation was incorrect, he could appeal the committee’s decision and make a שבועה – an oath affirming his true worth. These valuations were typically done once every three or four years.

1. Nowadays, communities such as Basel and Zurich have a system whereby a community tax to support the local infrastructure is calculated and levied, based on one’s official income tax returns. Each person in the community declares to the community or shul the family’s taxable income, which also includes a wealth asset calculation. This is then used by the community to calculate the communal taxes for each of the component parts of the infrastructure, including shul, Rabbi, communal welfare fund, free loan association, schools, mikvah, chevrah kadishah etc. This calculation is re-evaluated each year based on the expenditure, and approved in a community annual general meeting.

2. In practice this equates to approximately 3-5% of one’s net income, which would equate to 30-50% of one’s ma’aser kesofim, assuming one tithes at the lower rate of ten percent.

3. In other communities such as Baltimore, USA, ‘Scrip’ tzedokoh vouchers are used by a significant part of the community, in which 20% of the donations are automatically allocated to a local school of the donor’s choice.

4. In the Golders Green Beth Hamedrash, a fixed mikvah levy is charged each year to every member in their annual shul bill.